While in London we have tried to take advantage of the myriad of entertainments on offer. Some has been planned in advance like last week’s Blood Brothers, which was booked before we left Canberra. Others we have picked up along the way.

Early this week we went to a Cabaret in the Tower of London put on with amateur talent from the Yeoman guard and their family and friends. Not always very serious but a lot of fun. The Cabaret was performed in a small hall to a very small audience – perhaps 50 – to raise money for the restoration of the chapel. We stumbled across the night when looking for information on the Tower.  The night cost us £10 for the entertainment, as well as food and drink – amazing. One of the really interesting things about the night was being inside the Tower after dark with no crowds – quite different than being there in the daytime. 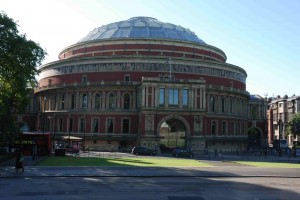 On Thursday we did a tour of the Royal Albert Hall – quite interesting although not entirely what we expected. During the tour we discovered that Don Maclean was performing that night and consequently booked ourselves seats. It was a great night – lots of fun. He has certainly not lost his voice or his ability to entertain.  We did pay a bit more for the privilege of listening to a professional entertainer at a venue like Royal Albert but it was worth it.  The only downside to the night was the youngish girl who sat next to me who had obviously never really heard of Don Maclean and spent most of the night playing with her phone – her loss. 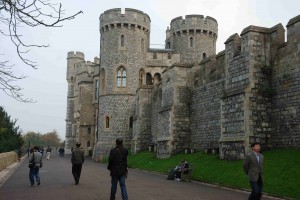 This week we also went back to Windsor. While the day started a bit overcast, it cleared in the afternoon and we had a very good day with very few people around the castle. The history of the buildings, which stretches back to the 13th century and as the longest occupied palace in the world, is absolutely fascinating. We spent quite a few hours in the castle before wandering around the town and Eton for another few hours  and finally heading home around sixish. 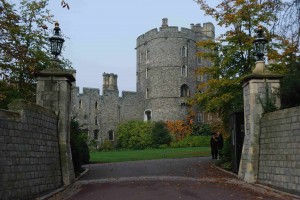 As usual we have spent a large part of our week also wandering around the largely free museums, galleries and just London in general. Highlights this week include guided tours of London before London in the Museum of London, a tour in the Victoria and Albert Museum  on the Renaissance and an exhibition on the Wildlife photographer of the Year in the Natural History Museum. There were some very good photos including ones from very young photographers showing promising talent.

We have already booked our entertainment for Wednesday week – a play at the National Theatre. What we will end up seeing next week is anybody’s guess at this stage but you can gurantee that we won’t be at a loss for something to do.