Our first week has been one of contrasts – trying to sort administrative issues and wandering around some fascinating locations.

First thing Monday morning we headed for our bank to finalise the paperwork necessary for our account. A real eye opener for us. The English banking system seems to be several years behind what we’ve been used to in Australia – to the point where the poor girl assisting us was apologising for how antiquated it is. Things like changing passwords and changing address can only be done in-branch or through a paper system. Setting up internet banking can also only be done in-branch and promises to be an interesting process!

We also had the fun of getting a National Insurance Number – something that the bank said they needed (the equivalent of a tax file number). So first thing Tuesday we rang the NIS phone number and eventually a very condescending woman (who we had difficulty understanding as she spoke with a strong accent – English) agreed to send the paperwork to John to complete his NIS.

For some reason I needed to attend an interview at a regional job centre on the Wednesday to fill out the paperwork for mine. We still can’t quite work out why the difference but as we now have our Insurance Numbers we don’t really care. (Although we are now at a loss to know why we did need them – we just did as we were told).

The week hasn’t been all administration though. On Monday afternoon we wandered around the city and ended up in the Royal Courts of Justice, which is an amazing building. We also visited the Churchill museum and War Rooms – the underground bunkers where Cabinet met during WWII. Everything is still much the same it was when Cabinet was meeting during the war – fascinating.

After my NIS interview on the Wednesday, we headed for Kew Gardens, a very large botanic gardens in the south west of London. We spent a pleasant day wandering around the various areas. John was very well behaved considering he has no interest in what he would normally classify as weeds. Still there was enough history in Queen Charlotte’s cottage and other buildings to keep him interested….. And he had his compensation with a taste of the local brew at the station pub on the way home. 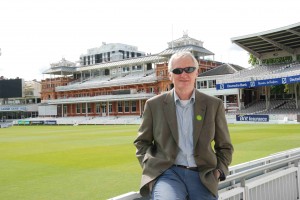 The next day saw John a lot happier. We did a tour of Lord’s and it was very exciting to sit in first the Member’s and then the Visitor’s dressing rooms as well as the Media Centre. Hearing the history of the grounds and the players was interesting and John just couldn’t resist standing on the hallowed ground for a stolen moment. We had lunch in nearby Regent’s Park and wandered slowly into the city before heading home. A pretty special day.

On the Friday we visited the Tower of London – our first time since 2007. The Yeoman guard do a great spiel as they guide you around the Tower and you get to see things that you wouldn’t see without the escort. We spent around 5 hours in the Tower all up learning about it’s fascinating and gruesome history. 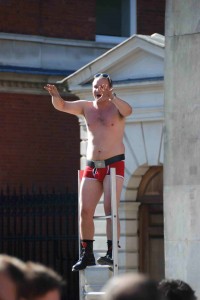 At the end of our first week we headed into Covent Garden, which is an interesting mix of up-market shops and flea markets with many buskers. The buskers range from opera (by virtue of the proximity to the Covent Garden Opera House) through to VERY bad comedians, jugglers and fake statues. The strangest we saw had to be a guy juggling sharp objects on top of a ladder in his very bad underwear (despite the cold weather). A very interesting area that is always good for a bit of entertainment. 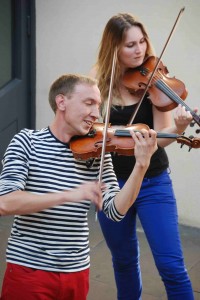 A large part of our week was spent wandering in museums and galleries but mostly just around the streets taking in the historic buildings and the amazing atmosphere. of the city

An interesting and diverse start to our time in London.

After a long flight and a reasonably short trip through Immigration, we headed to our apartment in North Acton – our home for the next two months.

After unpacking and settling in, we wandered around the neighbourhood to get our bearings and to fight off the imminent tiredness from the long flight.

Coffee and a late brunch in the local cafe  proved too much for John’s desire for good coffee. I’m sure he despaired at this stage of ever getting a decent cup of coffee. The experience has unfortunately put us off the local cafe but luckily for John we found lots of very good coffee in London.

A trip to the local pub, The Castle, later in the day proves a bit more positive. The pub has a lot of character and offers live jazz every second Sunday. Somewhere we will be visiting again soon.

All in all a good day and a good start for our wanderings.

We have spent the last week in Canberra and Sydney saying final farewells to family and friends.

Now the long week of saying our goodbyes is over, the luggage has been finally packed and checked, and we are sitting in the airport lounge sipping a glass of red before boarding the plane for the next stage of our lives.

Goodbye to Australia – England and the rest of the world, here we come.